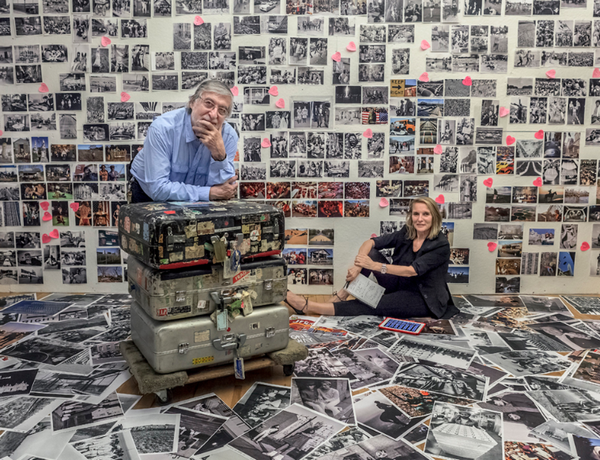 Manhattan, New York, June 2013. Jean-Pierre and Eliane Laffont in their studio editing the photographs for the book ‘Photographer’s Paradise’. The suitcase travelled around the world with Jean-Pierre Laffont. Photograph by Sam Matamoros.

Eliane Laffont first met Jean-Pierre in Morocco, and in 1966 they married in New York. For many years after, Eliane and Jean-Pierre worked in unison. First, in 1970, they opened the first Gamma Press Images agency in the United States. Then, in 1973, they co-founded Sygma Photo News agency, which at the time was the largest news agency in the world. The creation of Sygma was a stepping-stone in Jean-Pierre’s career, because now he had the freedom to pursue both domestic and international stories.

Eliane recalls, “Jean-Pierre thrived on working alone and only on stories of his choosing. He wrote his itineraries, made his appointments, paid his expenses, developed his films, edited his photos, and wrote his copy… His desire to inform and be a photographic witness is what motivated him.

The photographs taken in the United States reveal an American Spirit which is warm, touching, generous, open, innocent and inviting. I truly think one had to be an immigrant to take these photographs: they combine journalistic lucidity with Jean-Pierre’s affection for the country that gave him a home.

It is with photojournalists such as Jean-Pierre that the myth of the “foreign correspondent”, that has inspired so many young photographers, came about.”

Set to be released in September 2014, Photographer’s Paradise: Turbulent America 1960-1990, published by Glitterati Inc., features in depth descriptions of the defining years of modern America. Eliane Laffont, editor and curator of Photographer’s Paradise, along with Jean-Pierre Laffont and Sir Harold Evans, editor-at-large of Reuters news agency, share an array of experiences, that can only be described as important testimonies to history. 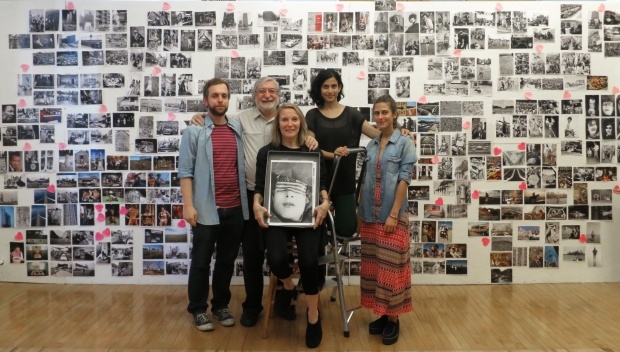 June 22, 2013. New York City, NY. Jean-Pierre Laffont studio, from left to right: Alessandro Ghirelli, JP and Eliane Laffont, Asmita Parelkar and Carolina Patlis. Eliane is holding a potential cover for the coming book ‘Photographer’s Paradise’, and at this date, the cover was not chosen yet. On the wall behind them are all the selected images for the book.