June 25th, 2013. Manhattan, New York. Jean-Pierre Laffont in front of ‘Photographer’s Paradise’ book wall. He sits next to his suitcases that travelled around the world with him. Photograph by Sam Matamoros.

Born in Algeria in 1935, I began my career assisting legendary photographers Sam Levin and Choura, renown for their portraiture and fashion photography. It was their versatility behind the lens that inspired me to readily adapt to any situation – whether it be capturing hidden moments on the movie sets of MGM Rome, or documenting the Ku Klux Klan.

My career as a photojournalist, however, commenced when I arrived on the shores of the United States as a staff photographer for Status Magazine and U.S. correspondent for the French agency Reporters Associés. Soon after my arrival, my wife Eliane and I opened the first U.S. office of Gamma Press Images agency. It was during this time that I covered America’s transformational era –  the Civil Rights Movement, the Race Riots, the Vietnam War, the first Gay Pride Parades, as well as the peace and feminist movements.

In 1973, Eliane and I co-founded Sygma Photo News Agency, and as a result, my  work expanded –

from the United States to the coverage of international events in Japan, Korea, Africa, India, China, the Middle East, Poland and the U.S.S.R. Despite my busy schedule, I continued to pursue my interest in America’s metamorphosis, documenting the disintegration of the American dream and the rebirth of modern America in the 80’s.

In 2013, Douglas Kirkland introduced me to Marta Hallett, the President and CEO of Glitterati Incorporated, and I was lucky that she loved my photographs and became the publisher of Photographer’s Paradise: Turbulent America 1960-1990. The book captures those defining years of 20th century America, and in 392 pages, encased in a 10 x 13.5 inch hardcover, my book features 359 black and white and four-color photographs. An array of historic images, from President Nixon leaving the office to the decay of Detroit, are accompanied by my intimate details of the stories behind the pictures. 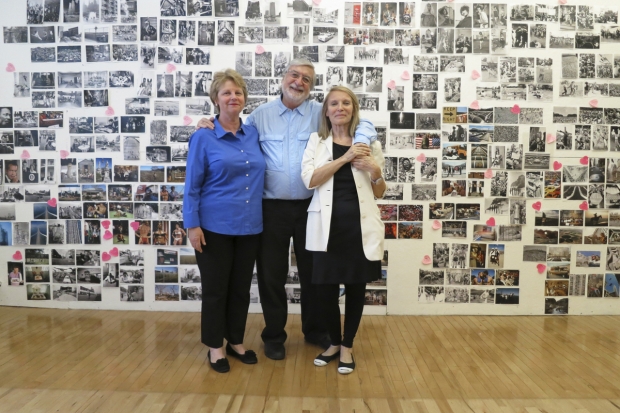